Fear of failure stalks the world of the entrepreneur, from losing key clients to running out of money. For entrepreneurs, courage is not the absence of fear, but the ability to persist in spite of it. These fears are well-founded: Studies suggest that roughly 75% of ventures fail within 10 years.

Even success can provoke anxiety. We asked Hamdi Ulukaya, the Turkish-born founder and CEO of the yogurt company Chobani, whether he was ever afraid while building his multibillion-dollar business. “Every day,” he replied, “because if I had failed, a lot of lives were going to be affected by it.”

While “fail fast and often” is the constant refrain of the lean startup movement and many others, no one really wants to fail. Failure has many ramifications that it would be foolish to overlook or downplay, including potential bankruptcy, repossession of workers’ home, social stigma, and people losing their livelihoods. Most existing research has thus focused on failure as an inhibitor of entrepreneurship.

Our research shows a more nuanced picture: Fear can inhibit and motivate. Rather than simply stopping people from being entrepreneurial, fear of failure can also motivate greater striving for success. We interviewed 65 entrepreneurs in the UK and Canada. Some had established businesses, and others were in the early stages of developing their business. We defined fear of failure as a temporary cognitive and emotional reaction to a threat to potential achievement. Fear of failure is a state rather than a trait.

The research identified seven sources of fear. These were repeatedly raised by the 65 entrepreneurs and have been validated by further research:

Not all fears are created equal. The source of the fear is important. Our research found that worries concerning opportunity costs, personal financial security, or ability to obtain funding for the venture were all positively associated with an entrepreneur’s persistence in pursuing their goals. Thus, if entrepreneurs contemplated the choice they had made in pursuing their venture, and how this necessitated missing out on other opportunities, whether in their professional or personal lives, they were more motivated to carry on with the venture. “It just makes me more aggressive to get this thing going as fast as I can,” one interviewee commented. Similar positive effects on persistence were observed for financial concerns — either personal financial security or the ability to obtain financial support for the venture. In each case, rather than inhibiting behavior, these sources of fear drove greater effort.

In contrast, when entrepreneurs worried about the potential of their idea or their personal ability to develop a successful venture, they tended to be affected more negatively and become less proactive. Numbers are crunched remorselessly, resulting in paralysis through analysis. Decision making is slowed down as all possible data is sought and the avoidance of making a wrong decision becomes the primary driver.

“Instead of being on the phone trying to get a customer, you are sitting there talking about why we need to call more customers, why we don’t call customers anymore, or why we should start emailing them. So, you are talking about it and not doing it,” one entrepreneur confessed.

Fear of failure can also change the nature of goals that entrepreneurs set for themselves. Where fear of failure is greater, they may select either easier, readily achievable objectives or wildly impossible goals. (Ironically, selecting impossible goals allows us to more easily rationalize our failure to achieve them.) Either way, fear has the effect of undermining effective personal goal setting.

Another outcome we heard: a tendency to escalate commitment to specific goals at the expense of other activities, and sometimes in the face of evidence that a particular path was doomed. Once a path had been chosen, negative feedback could actually lead to increasing investments in what otherwise might be considered losing strategies.

Emotional self-monitoring and control. Emotional intelligence involves both awareness of one’s feelings and being able to control their influence on thought and behavior. Some of our entrepreneurs could pull this off. “If I’m in a lower mood one week and I look at my projects, I see only negative things and reasons why it can’t happen. I started to learn that that’s actually not associated with the projects, but it’s associated with my emotions,” one said. Added another, “I’ve recently been learning to separate that anxiety out because I’ve learned that it’s just transient.”

Emotional self-awareness is a skill that can be learned, and it involves becoming aware of the signs of emotions intruding upon consciousness through feelings and moods, anticipating their impact on thoughts, and using this awareness to limit their effects on decision and action. Practicing self-awareness can help curb the potent influences of negative emotions on goal setting and decision-making.

Problem solving. “Anxiety helped in the sense that I would try to figure out every single flaw there was in my business — because all of them have flaws — so I was trying to figure out, where is the hole?” one entrepreneur told us. Actively seeking out flaws and weaknesses and doing something about them is a powerful means of reducing the fear of failure.

Intuition is a potent source of information, and research has demonstrated that among experts, tacit knowledge and gut instinct lead to rapid and effective decision-making. Such instincts are often associated with feelings rather than specific thoughts. Feelings of fear driven by concerns over the idea, for example, can offer important signals that work is needed. When treated as such a signal and acted on, rather than being repressed or ignored, these emotional flags can help entrepreneurs eliminate weaknesses and flaws in their venture idea.

A proactive, problem-solving response to feelings of fear can help reduce fear. But our research also shows that such action tends to be inhibited when the fear is caused by doubts about the validity of the business idea. This suggests that taking a deliberately action-oriented approach, overcoming the desire to repress or ignore the problem, will be especially important. Of course, weaknesses can never be eliminated altogether. For any entrepreneur, perfectionism is potentially dangerous.

Learning. “Fear pushes me to work harder, to take more care of what I am doing, and to educate myself to be the best I can as I am developing these businesses,” one entrepreneur said. Entrepreneurs told us one of the ways in which they overcome the feelings of fear was through learning and information seeking. This might be for core knowledge, such as computer coding skills on the part of the software entrepreneur seeking financing, or learning to cope with the high pace of activities that most entrepreneurs experience. Some of the entrepreneurs we interviewed learned through formal education and training, although it was more common to do research, reflect, and network with experts and mentors.

Learning is a powerful antidote to fear of failure, helping to mitigate one’s doubts by increasing one’s capabilities. But uncertainty is real and constant. Uncertainty and ambiguity are defining features of the challenge of entrepreneurship. There are always unknown unknowns out there, and so a recognition that one will never have all the information one wants — that one will always have to keep learning — is important.

Seeking support. “Reaching out to mentors who are directly related to the business you are starting is really key and really helpful,” one of our entrepreneurs said. For entrepreneurs in a constant battle with fear of failure, mentors and networks can be a vital source of reassurance. Mentors and social supports are beneficial because they support the three strategies of learning, problem solving, and self-awareness.

Speaking of the impact of fear of failure on her problem solving, one entrepreneur said, “[Fear of failure] just fueled me to learn more, to talk to more people and figure out why I was wrong in the first place.” Another said, “Fear of failure forces you to come up with…better ideas and look for people who are going to give you constructive criticism along the process.” Social forms of learning, from those who have “been there, done that,” seems to be a particularly powerful antidote to the experience of negative thoughts and feelings among entrepreneurs.

Early-stage entrepreneurs frequently benefit from local communities and networks, which provide formal or informal access to mentoring from those with more experience. Through this process, they learn that feelings of uncertainty and worry are commonplace, as well as which issues are deserving of attention and which will fix themselves over time.

Our research suggests that fear of failure is widespread and has both negative and positive effects on motivation, decision making, and behavior. Motivation from fear can also bring higher levels of stress, with potentially negative health consequences. So while fear is a natural state for an entrepreneur, the ability to anticipate and manage it is a vital skill. 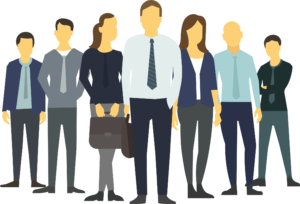